As soon as the trader clicks on a chart running any JFX product the interface automatically loads the control settings for the specific indicator.


Stochastics are technical momentum indicators which compare an asset's closing price to its price range over a given time period. Stochastics are oscillators and their sensitivity can be controlled by adjusting the time period or using a moving average of the result.

Stochastics are calulated based on this formula:

C = the most recent closing price
L14 = the low of the 14 previous trading sessions
H14 = the highest price traded during the same 14-day period.

The %K line is often referred to as the Fast Stochastic and the %D the slow stochastic.

Crossovers occur when the %K line intersects the %D line.

Divergence refers to the difference between the %K line and the %D line - an increasing divergence can provide a signal of a reversal. 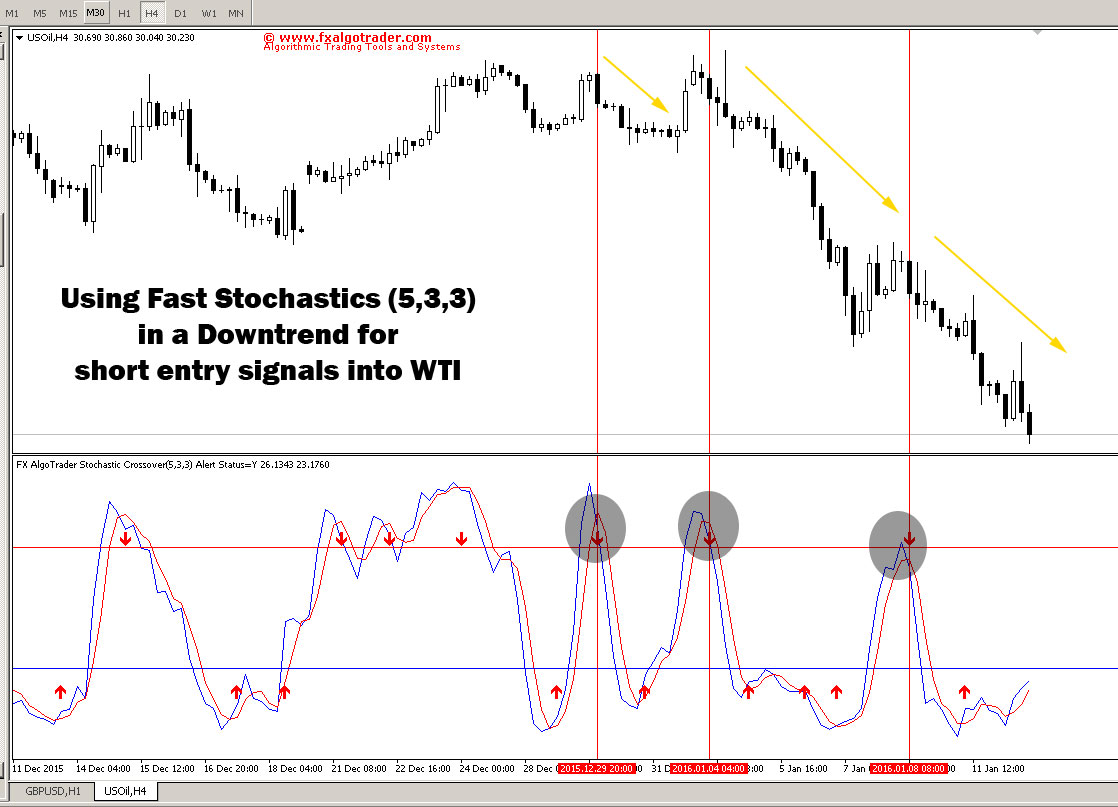 Using Stochastics in a downtrend for entry signals